On a warm September afternoon Clifton Robinson’s made their eagerly anticipated return to the Men’s National League. In front of a packed Stade De Clifton College the game started at a frenetic pace with Ashmoor applying early pressure, Clifton looking slightly nervy with many new faces making their club debuts. That trend continued into the 2nd quarter, with Ashmoor creating numerous D penetrations and a resulting short corner narrowly missing the target. Clifton showed flickers of light with some sharp counter attacks but Ashmoor’s pressure was soon told after a goal mouth scramble resulted in an Ashmoor forward tucking the ball home to make it 0-1.

With some stern words at half time, the 3rd quarter was a complete turn around. Early Clifton pressure lead to Clifton’s first short corner of the game. Step up, the Giant of a man Rory Thorburn. His heavily disguised drag flick left the crowd and the keeper confused, as it rolled into the goal. 1-1, game on. As the 3rd quarter entered it’s final 5 minutes, Ashmoor continued to look dangerous but it was Clifton who struck next. A great turnover in Midfield, Nick Robilliard passed the ball onto silky Ollie King, who darted inside and a smashed in bullet reverse stick from top D making it 2-1.

The 4th quarter was a very cagey affair. Clifton continued to drop deep as they fought hard to hold onto the lead. With a combination of great team defence, a solid MOM performance from Tom Appleby and a drop kick clearance from the ever dependable GK Andy Hughes, Clifton managed the final few minutes of the game. The final whistle went to elation from the home fans, 2-1 to Clifton Robinsons. The sweetest of victories on the return to National League. Although, great credit has to Ashmoor who performed fantastically well and played the game in great spirit. 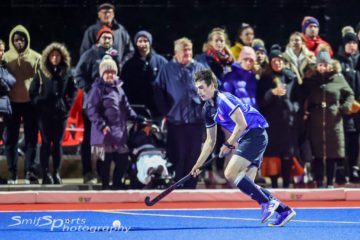 The scene was set for a big Friday night clash between Clifton Robinsons Mens 1’s and Cheltenham Hockey Club. Playing an unusual Friday night game meant that the atmosphere was at fever-pitch in the build Read more… 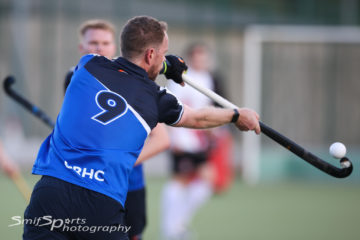 The Clifton Robbies boys made the long trip to Plymouth nursing an ever increasing injury list. Despite the missing fun bus, and yet more team members falling under the spell of the rarely spotted triple Read more… 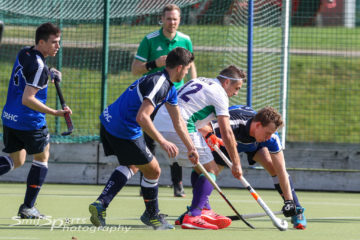 It was a big game for the boys this week with Robinsons looking to keep their unbeaten start to a brilliant season against Bristol Uni in a top of the table clash. Reaching game day Read more…