After a hard-fought victory away to Cheltenham, the Ladies 3s were treated to another adventure up the M5 on Saturday to face Lansdown. Once again, the girls had the luxury of a substitute, so purely based on Saturday availability the team have made considerable progress since they ended the opening league game against Redland with 8 outfield players… Sadly, the game began inauspiciously, with Clifton conceding an early goal. Worse was to follow, as the team slipped to a three goal deficit at half-time. There were moments of promise in the second half, but unfortunately debutant El Graves forgot which team she was playing for and played a delightful ball across the pitch to a grateful Lansdown forward. That wrapped things up at 5-0. Goalie Kathy Morten picked up the player of the match plaudits from her team-mates, both for wearing a ball to the elbow with great steel and composure, and for keeping the scoreline below the high-watermark of the 7-0 defeat to Redland. We go again. 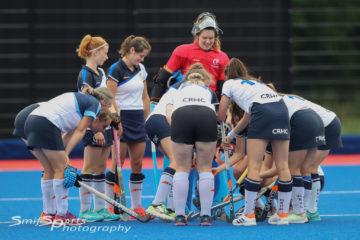 The women’s 3s started strong against Cheltenham, with lots of attacking play and converting an early short corner. They then scored again to make it 2-0 at half time, with passing play from the back Read more…