After a well earned Christmas break the boys returned ready to continue there push for promotion. A daunting opening fixture against TBB who are second in the league would be their first challenge. The match was moved to the Lawns due to the current conditions which caused one player a certain amount of annoyance “I don’t like paying on blue pitches it reminds me of the navy”- Unknown.

We started brightly, Plim’s plan worked beautifully and before we knew it our first goal arrived. A quickly taken free hit by Russ where he ran straight into the D and scored a fantastic goal: a nice slow bobble shot the keeper decided to help kick in. The second goal came swiftly after a ball down the middle of D saw Jake quickly left it up and over the keeper. For the third goal a quick free hit was taken by Rich which took us by surprise, but Russ managed to adapt in time to get the ball quickly into the D where Captain Kirk continued his fine goal scoring form to deflect it in. Following sustained pressure from TBB they managed to slide the ball into the corner after a run of PCs. 3-1 at half time.

The second half commenced with TBB back on top with plenty of opportunities going begging. Through some pressure they managed to scrape a second goal 3-2. With TBB now pushing a draw we got a breakaway – a beautiful pass was played to myself which I put narrowly wide!(if there had been about four goals next to one another maybe it would of glanced the post?). In the dying minutes we had a short corner after TBB had pulled there keeper: again I managed to miss the goal (at least was saved off the line). Then due to some questionable decisions (politest easy to say) TBB managed to go the length of the pitch and win a short corner which they scored. 3-3 full time.

But let’s not forget we are still TOP OF THE LEAGUE. Big game away at Leominster next weekend. 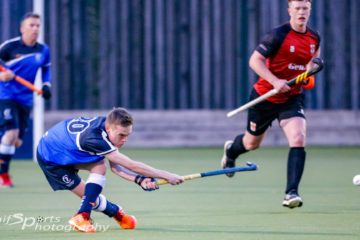 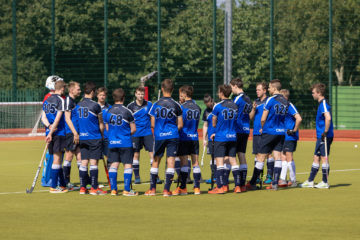 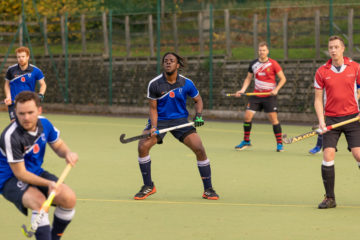 The 2s boys were off to Warminster to face West Wilts. Russ decided to detour through London the night before and Rousey still hasn’t worked out how to sort out his leaky bowels. We were Read more…