Friday night saw the second Friday Night Lights game of the season, this time away to Bristol University. A raucous crowd of around 200 fans was evenly split between jaded Robbies fans after a tough week of work, and a lively bunch of students fresh out of doing nothing but eating pot noodles and watching 8 out of 10 Cats does Countdown all week. This animosity extended from the terraces to the pitch, where the contrast in styles forced a gritty midfield battle with chances at a premium.

With Bristol University playing fast front-to-back counter attacking hockey, Robbies dominated possession, albeit in the defensive and midfield lines. When it came into pockets, tackles flew in. Captain on the night Conor Pinnell was particularly on the front line, taking a cut to the head which required him to sport a thick bandage for the majority of the game. While images of his hero Terry Butcher no doubt filled his mind, he appeared more of a budget Mr Bump to the spectators, particularly after Rory Thorburn nailed one Bristol Uni player in the face, who made sure to show Mr Pinnell what real blood was (no but seriously, best wishes to both players, head knocks are a big issue) (Insert Frank Lampard meme here). Nevertheless, he got his revenge later in the game, when he took advantage of a flailing leg and tumbled, earning his opposite number a yellow card.

As the game wore on, Robbies took their opportunity to press forward and gain territory, at one point camping around the opposition D. It was this more gung-ho attitude which eventually led to their downfall. As the ball was conceded in the final third, University players streamed forward at pace. The tactical nous of a backline featuring youngsters Sekula and Davidson saw the breakaway ushered unthreateningly out wide, but inexplicably a lone midfielder found himself unmarked at the top of the D. The ball was fed to him and he had enough time for tea and biscuits before placing a backhand into the goal, amid celebrations from the youngsters who had just looked up from their ‘Snapgram’ and ‘TokTik’ in time to see some real life action.

This wasn’t to be the end of Robbies night, however, as they pressed forward in search of an equaliser. Sliding efforts from Veteran Tom Jarvie and strong carries from Toby Rowlings seemed to be in vain, until with a minute to go, Robinsons were awarded a penalty corner. Feeling no pressure, Ollie King stepped up. His effort snuck under the keeper and bounced in for a certain goal… but the postman was on hand to block it! A scramble followed, and the rebound was put wide of the gaping net. Gasps all round were met with the umpire blowing for full time, a narrow loss for the visitors.

Overall, a tough fixture, yet one the boys will feel unfortunate to not have taken at least a point from. It won’t be first on Match of the Day, but it is a results business – AC Milan won the 93/94 Serie A title despite scoring less than a goal a game after all!

3 games to go, with 2 massive home fixtures; the Robbies boys will be hoping the club get behind them for these make-or-break ties! 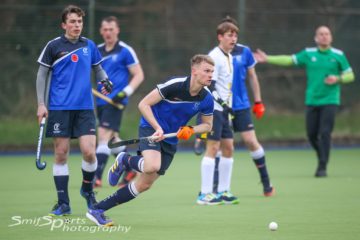 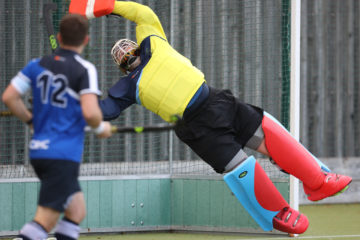 The M1s travelled to the middle of nowhere (Ashmoor) in confident mood following some strong training sessions and a lesson from the M2s in how to put the ball in the goal. With a couple Read more…