Robbies went into Saturday looking to make it 3 wins from 3 for the season. Captain Longer had shaken off some back pain – or Swanseaitis – and gave a bullish team talk urging the boys to maintain their perfect start and claim top spot in the league. However, despite a fast start, Robbies found themselves 1 down after a Bristol Uni short corner was converted. This took the wind out of Robbie sails and they struggled to re-find their pass and move hockey that had worked so well the week before. As the half wore to a close though they began to gain some momentum and were rewarded with a short corner which made its way into the net from an unknown source.

With a foothold now in the game Robbies were urged to keep up the pressure at half-time. They duly responded and won an early corner in the second half. A 1-2 at the top of the D was the call from Fuller. Returning goal scoring hero, Jarvie received the 1 but showed little interest in the 2. Instead, he arrowed a pinpoint flick into the top corner from the right edge of the D. From there Robbies took control and played most of the game in the opposition half. Soon Jarvie got himself on the end of a good crash ball from James and had his second of the game. Further pressure resulted in Smithy ending up with the ball on his reverse at the edge of the D. Seeming uncertain he clipped what looked like a Shane Warne googly at the goalkeeper. The keeper could only spoon it upwards and fast reactions from Tony enabled him to get on the end of it and scramble it in. Robbies saw out the rest of the game comfortably and will look to maintain their position at the top of the table next Saturday. 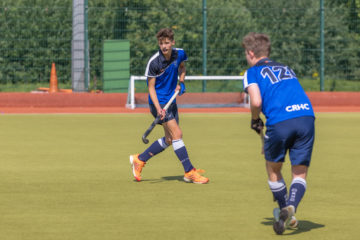 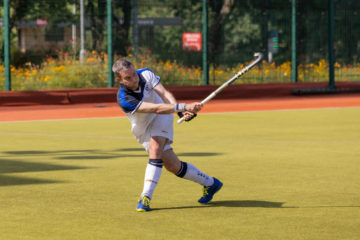 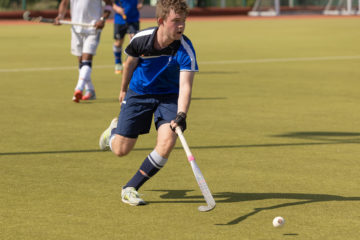