Clifton Robinsons travelled to East Grinstead to play their last match of the Premier League before the Christmas break having already secured a top 6 position. Both teams were hungry for the win.

The game started slowly for Clifton with two early goals for EG. Shortly after the start of the second quarter EG scored again putting them three goals ahead.

The score was 3-0 at half time but Clifton weren’t finished and some fluid attacking play lead to a penalty corner which was converted by Holly Munro with an rocket of a hit into the backboard.

East Grinstead however were not holding back and three more goals scored in quick succession out them up 6 goals to 1 to finish the game.

A tough game against an in-form side. However, 2 more games in the second half of the season give us plenty of opportunity to get revenge, 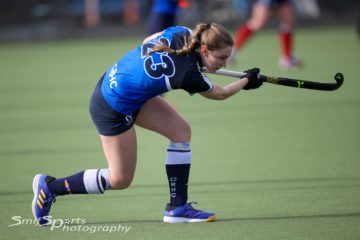